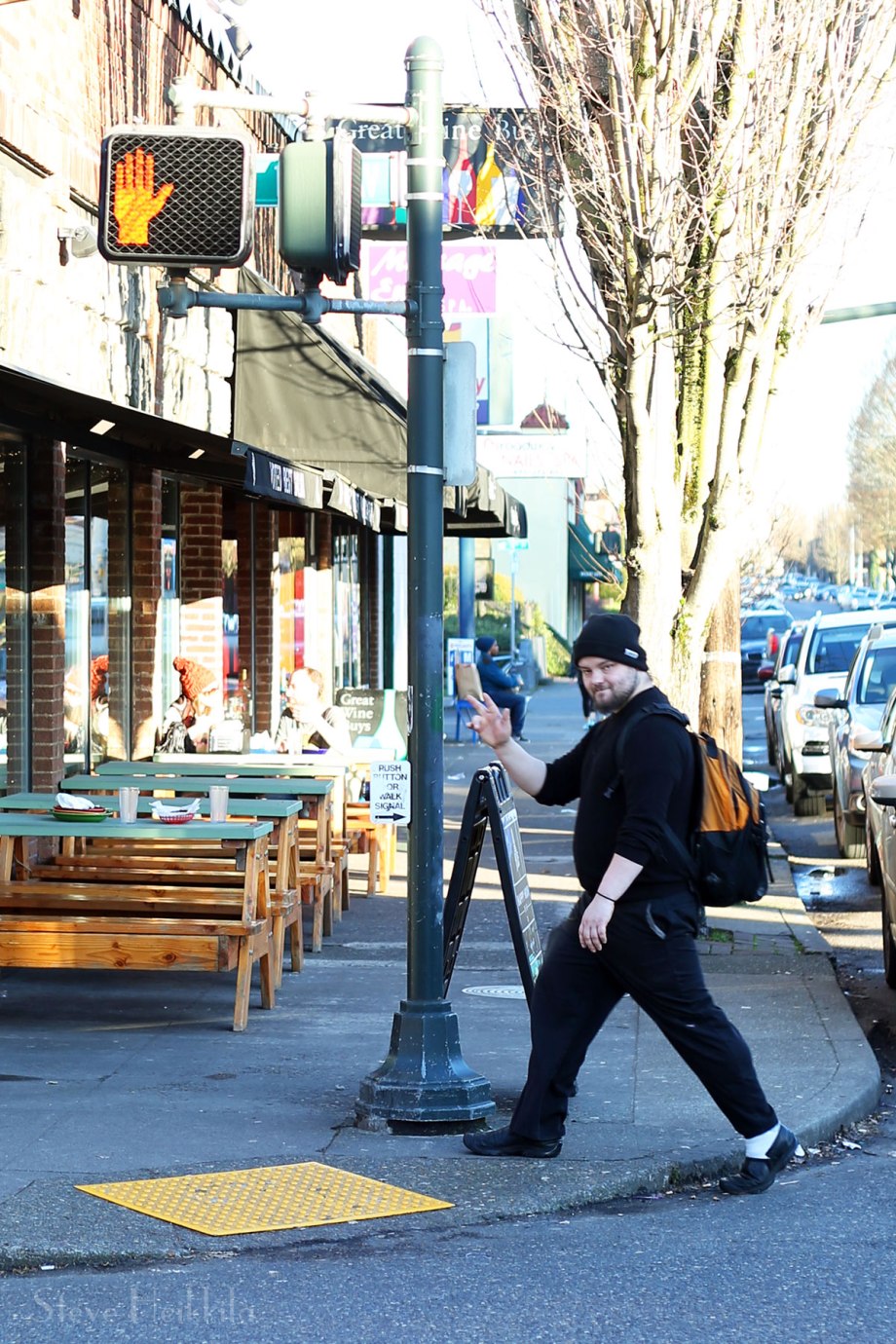 Notice, by the way that it’s not raining. The sun is out. The sky is clear. In January no less.